Children have powerful imaginations – an extraordinary trait that life and experience sadly erodes.

Nurturing this imagination is crucial to a child’s development, and it’s down to the adults in their lives to make sure kids understand that it’s okay to let their minds wander.

If we do a quick Google search, we can see that Miriam Webster defines “imagination” as:

“The act or power of forming a mental image of something not present to the senses or never before wholly perceived in reality.”

This got us thinking. If kids were asked to imagine their dream foods, what would they come up with?

We tasked our and our colleagues’ kids to come up with and draw the meals they would make if they could create anything – no restrictions. We then took those fantasy foods and used the magic of photoshop to turn them into reality.

This is what happened. 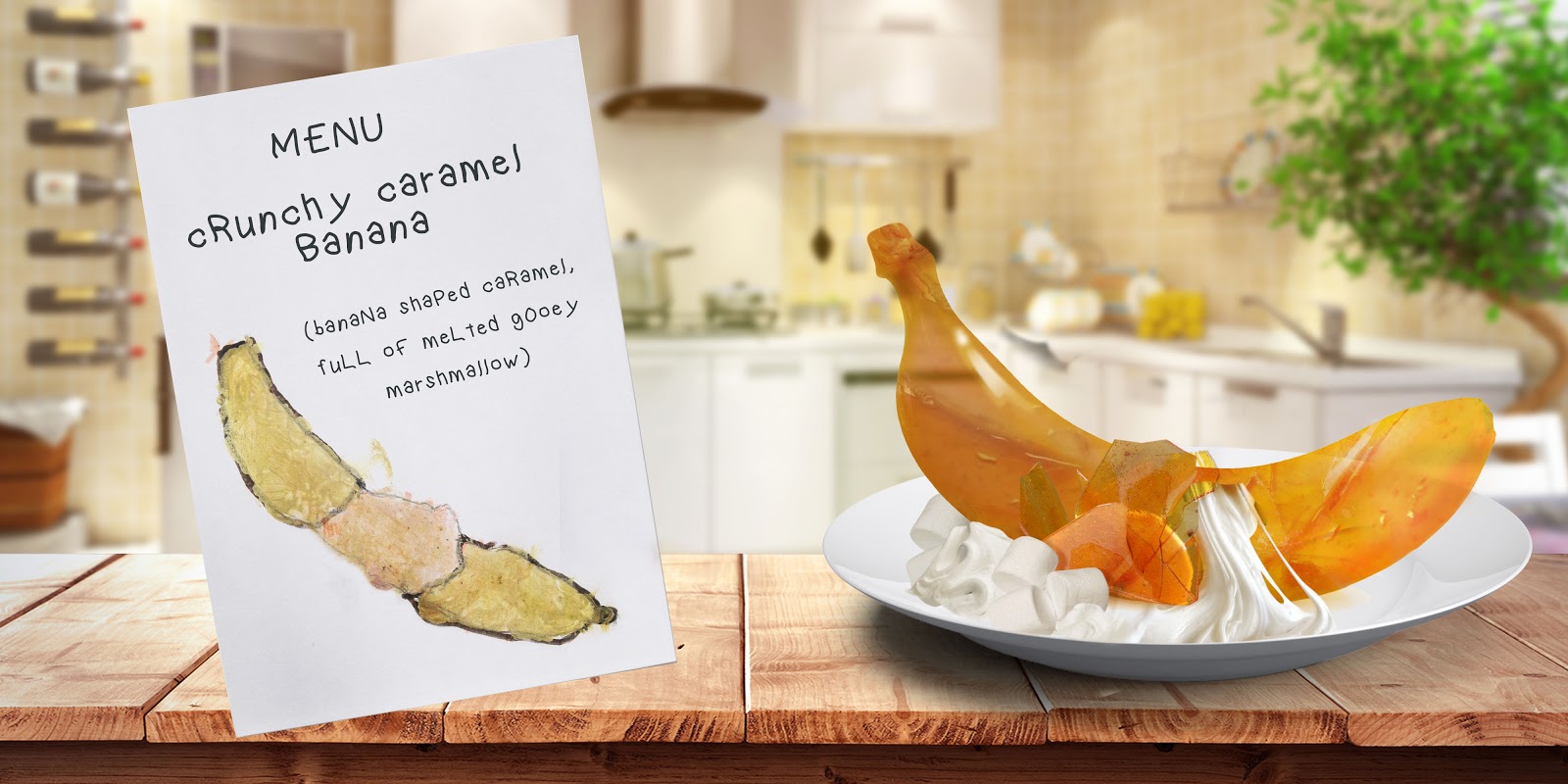 At first glance, you might think Hannah has designed a banana filled with marshmallow – but that’s thinking from an adult perspective. It turns out that the banana is superfluous – it’s merely the shape that was used. In reality, Hannah created a banana shape constructed entirely of caramel.

It seems kids are always going to replace fruit with something even sweeter! 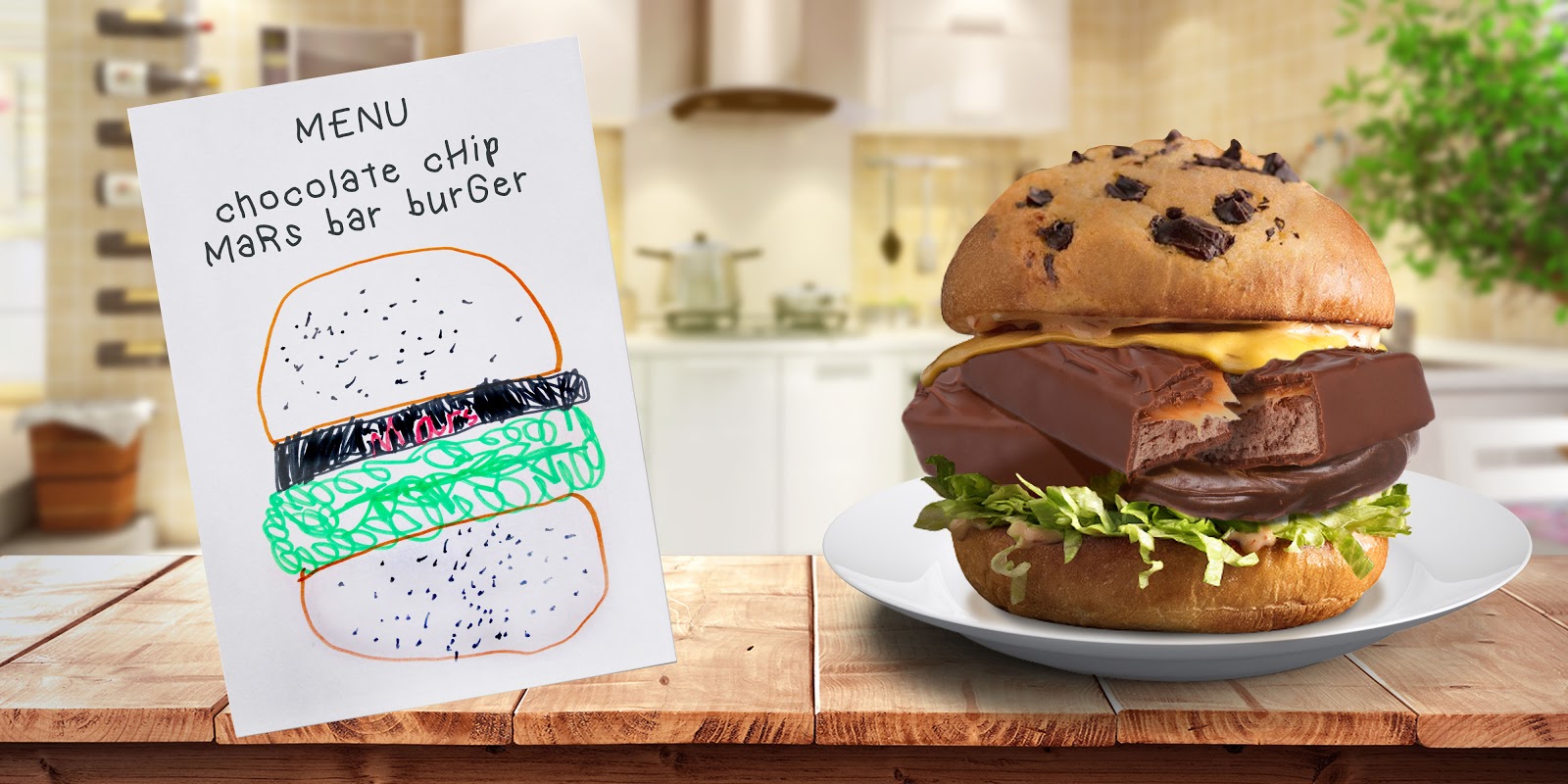 Next up was Finn. Unsurprisingly he also combined one food that isn’t great for you with another (we’re starting to see a trend here).

Finn didn’t mess around with his fantasy food. His Chocolate Chip Mars Bar Burger features two Mars bars in place of the meat. Not satisfied with the sickly sweet deliciousness of a double Mars Bar pattie, he also replaced the burger bun’s sesame seeds with chocolate chips. 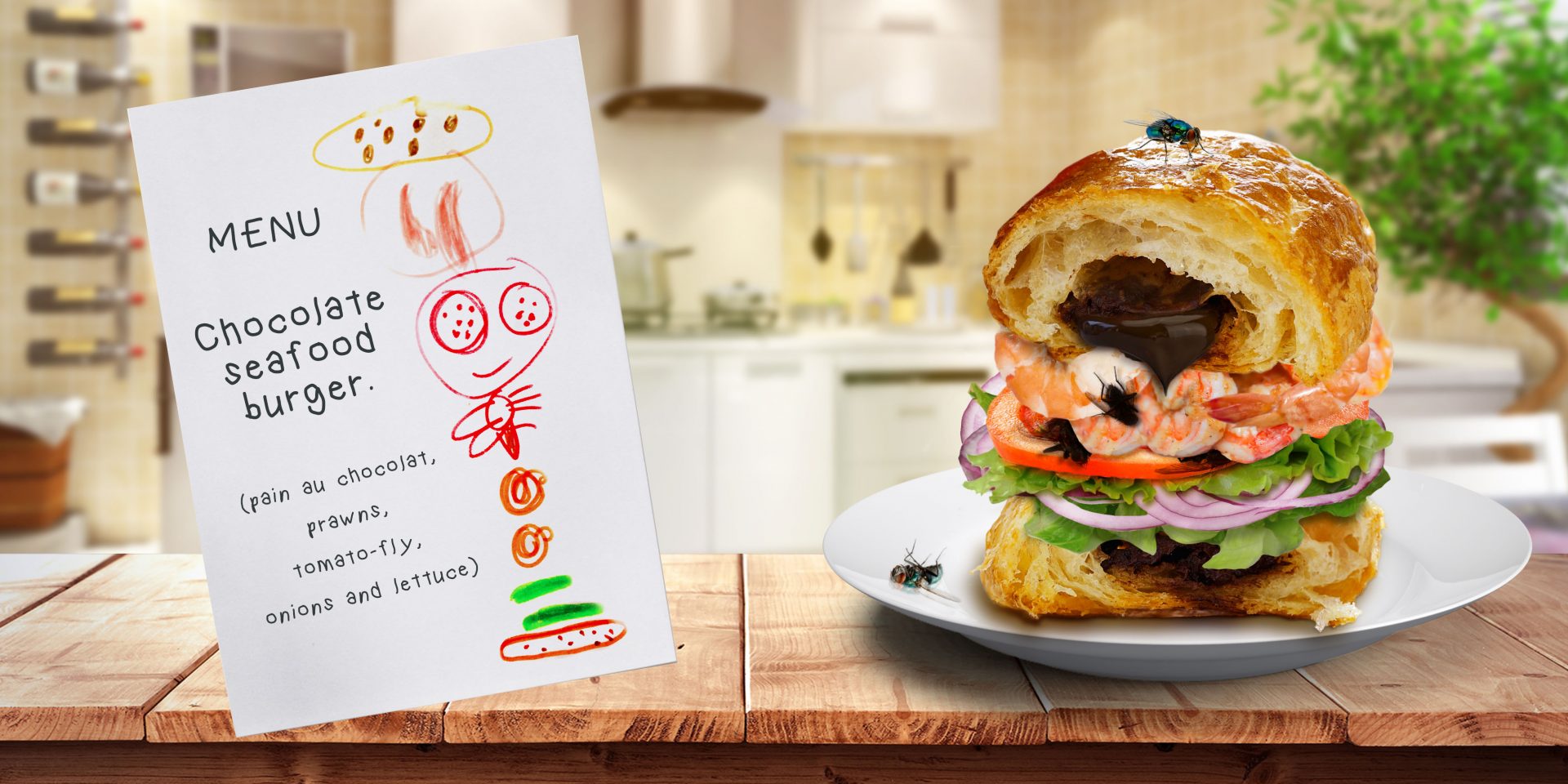 Next was 5 year old Henry. We should have known that chocolate would feature somewhere – this time as a pain au chocolat (very European).

Henry took it one step further and added prawns, tomato-fly, onions and lettuce to create the Chocolate Seafood Burger. We’re not sure how this one might taste, and we’re pretty sure we don’t want to find out… but who are we to argue with a child’s imagination? 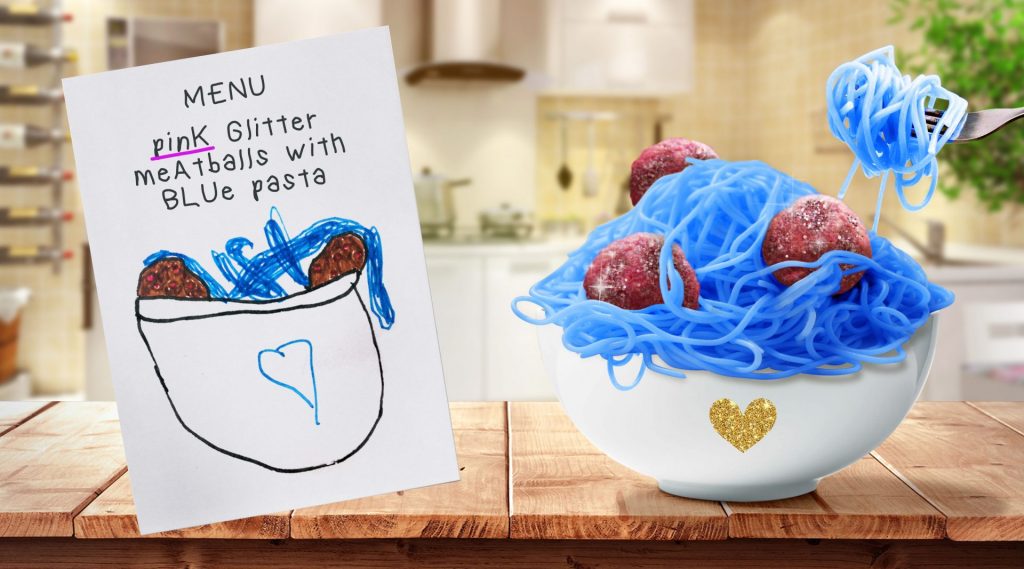 We think Bethany might have favoured looks over taste with her fantasy food, which features, amongst other things, green soda and a rainbow delight pudding. Her pièce de résistance was pink glitter meatballs with blue pasta. It’s also one of the few fantasy foods that didn’t include chocolate. 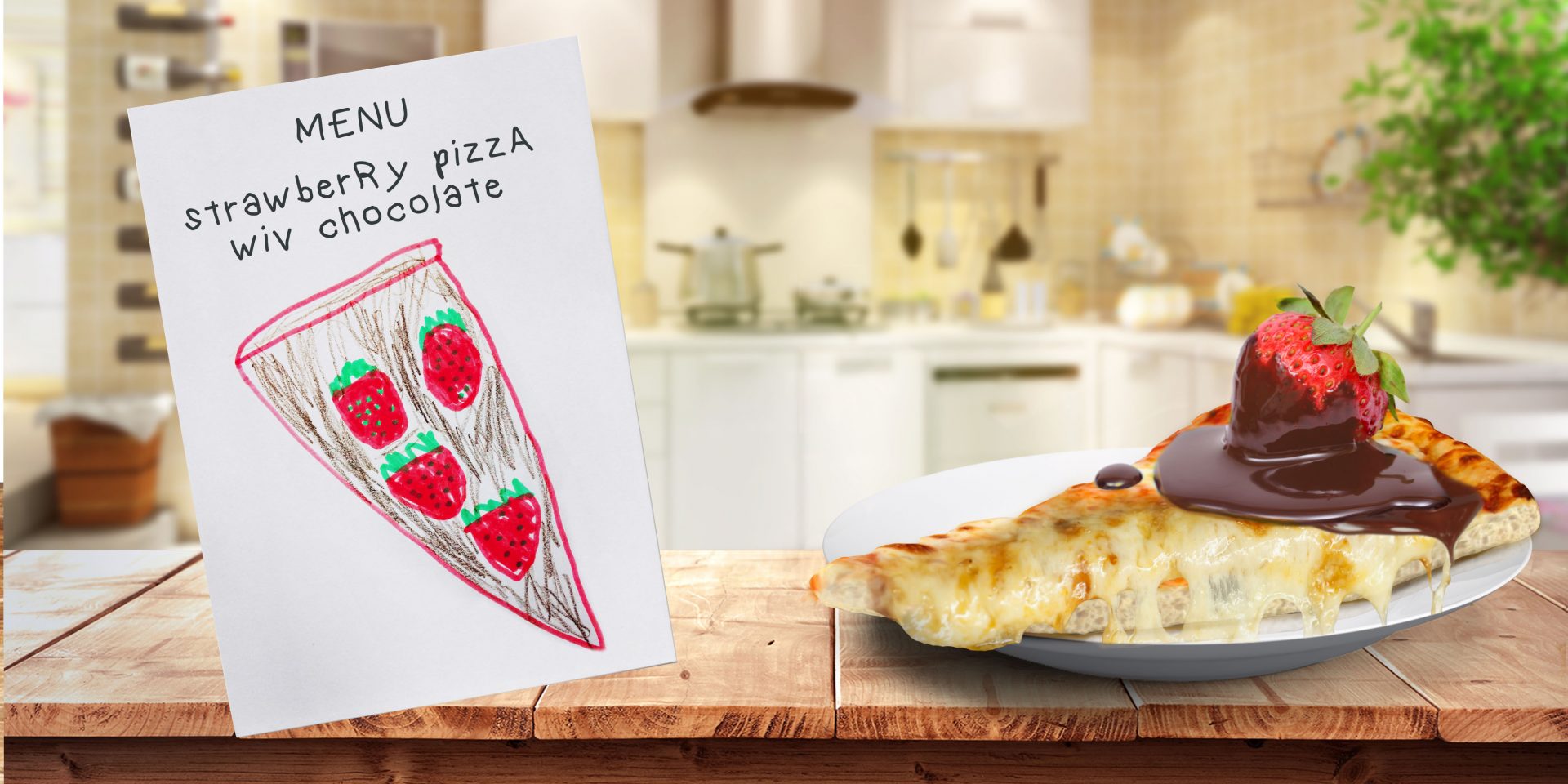 It turns out that once Finn started dreaming up fantasy foods, we couldn’t hold him back. Not content with his Mars Bar Burger, he followed it up with a Strawberry Pizza finished with, you guessed it, chocolate.

Finn’s picture didn’t specify whether the traditional cheese and tomato were hidden under the chocolate, so we used some artistic license and left them in.

*By completing this form you are signing up to receive our emails. You can unsubscribe at any time.